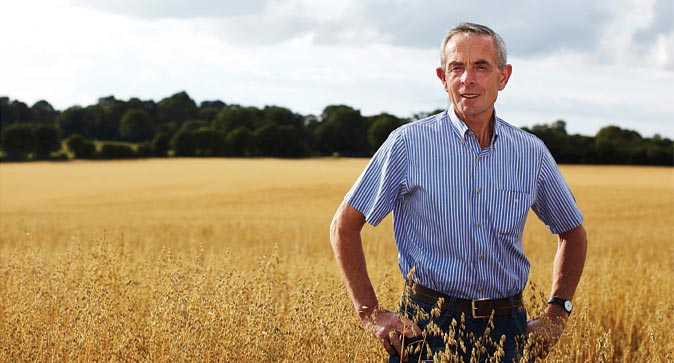 ‘Back to the Land’,Cara Magazine features Pat lalor and his Kilbeggan Organic Porridge

Pat Lalor’s decision, in 1999, to move from conventional to organic farming was a pragmatic one – “to try and make some more money,” he admits. “But I suppose since then I’ve come to enjoy the organic way of farming. When I was a conventional farmer, I was a scientific farmer. Now, I’m a biological farmer. My job is to nurture the soil, look after it, get it into the best possible state of health, so it will grow crops that are disease free.” The crucial difference is that, with conventional farming, if you encounter problems there is always a quick fix, a prescription. With organic farming, the plan is to avoid having problems, because there are no quick fixes.

So what most appeals to him about the farming lifestyle? “On a wet day, nothing appeals to me,” he says, then admits, “I like being my own boss, I like to make up my mind as I go along at my own pace. I could not be governed by a clock.” The downside, of course, is the unpredictability. “It’s very difficult to plan anything ahead; when the weather changes, your plans have to change. If you’re a very rigid person who likes all their ducks in a row, you’d go mad. It’s not for everybody,” he says. These days, Pat produces his own porridge, that breakfast staple Kilbeggan Organic oats. “That’s a very good development,” he says. “There’s more to life than making money, there’s job satisfaction as well, and there’s more of that now than there has ever been.” 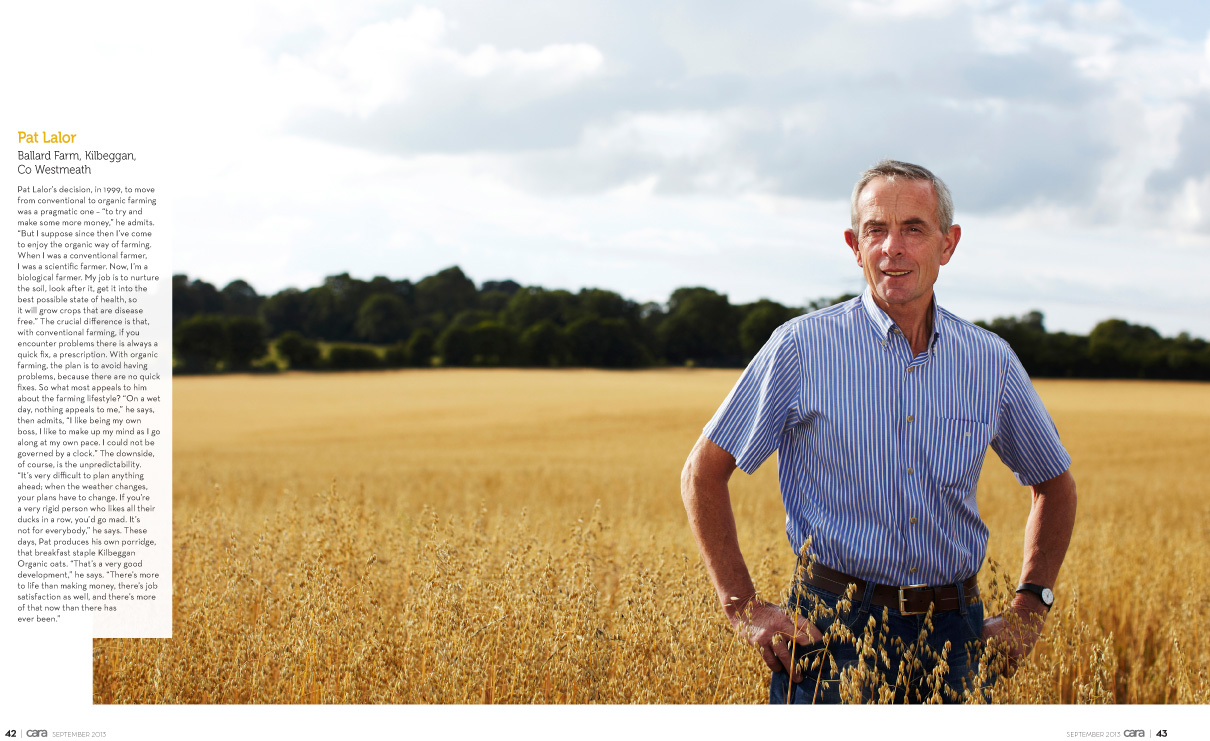